8 Facts About the Panama Canal

Panama is one of the fastest-growing destinations in Central America, and the Panama Canal is the country's star attraction. Although it's on everyone's list of things to experience, the canal is more important as a global shipping transit than tourist experience.
Whether you sail the canal on your next cruise or watch in action from land, here are 8 things you need to know about this wonder of the modern world.

1. It's a short cut between the Atlantic and Pacific Oceans.

2014 marked the 100th anniversary of the opening of the Panama Canal.  Columbia, France, then later, the United States controlled the land surrounding the canal. In 1881, the French started building the canal, but progress halted due to engineering problems and high worker mortality. The US took it over in 1904 and completed the project with newly available technology ten years later at a cost of $400 million USD. In 1999, control passed back to Panama.

At times, more than 43,000 people were working on the Panama Canal at once. Workers had to deal with heat, jungles, swamps - and all the creatures in them, including rats that carried bubonic plague. Plus mosquito-borne diseases like yellow fever and malaria. Over 20,000 workers died during French building efforts.
After the scientific links between the insects and disease had been discovered, Americans undertook intensive and successful anti-mosquito initiatives. Even so, another more than 5000 workers perished during the American building phase.

4. It's considered one of the Man-Made Wonders of the World

The American Society of Civil Engineers has also dubbed the Panama Canal one of the 7 Wonders of the Modern World. It's one of the largest and most difficult engineering projects ever undertaken.
A system of locks at each end of the Canal lifts ships up 85 feet (26 meters) above sea level to an artificial lake. Ships traverse the artificial lake, as well as a series of improved and artificial channels, and then are lowered again in more locks to sea level at the other side.
The locks are 110 feet (33 meters) feet wide and 1000 feet (300 meters) long. About 30-MILLION pounds (1,400,000 kilos) of explosives were used to help clear the land for the canal. 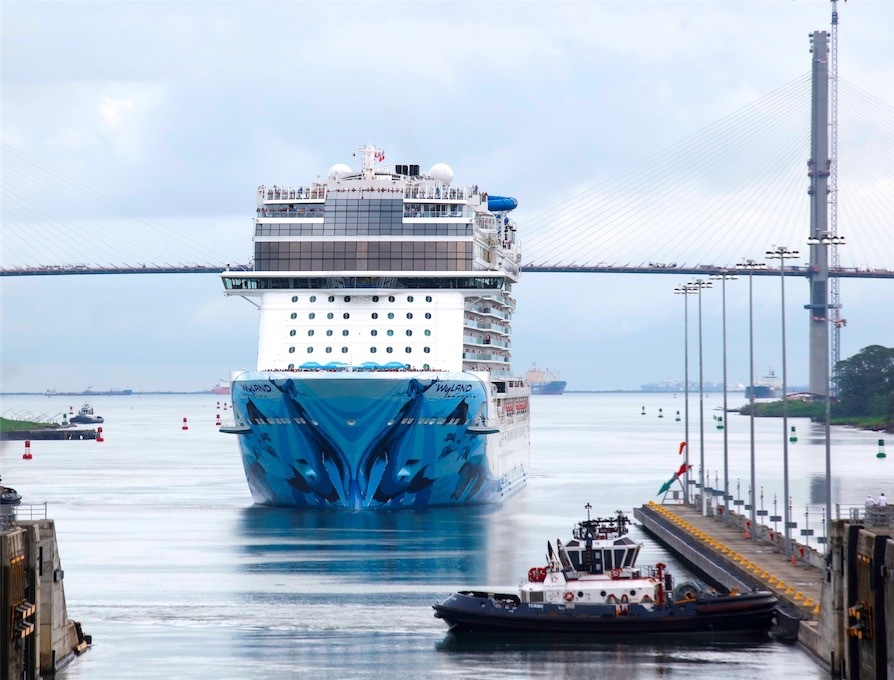 (That's a view! The Norwegian Bliss is the largest passenger cruise ship to have ever transited the Panama Canal)

5. Over 1 Million Vessels have transited the canal since it opened.

In 1914, the year it opened, about 1000 ships used the canal. Today, nearly 15,000 ships pass through the Isthmus of Panama via the Canal annually. The 1 Millionth ship crossed the canal in 2010, 96 years after it opened.
In 1934 it was estimated that the maximum traffic of the canal would be around 80 million tons of shipping a year, but by 2015, canal traffic exceeded 340 million tons of shipping – over 4 times the original maximum estimate.

6. $2 Billion in Tolls are Collected Annually

Every ship that passes through the canal pays a toll based on its size, type and volume of cargo. Tolls are set by the Panama Canal Authority. Tolls for the largest cargo ships can run about $450,000. Cruise ships pay by berths (number of passengers in beds). The per-berth fee set in 2016 was $138; a large cruise ship can pay hundreds of thousands of dollars to sail through the Canal.
The smallest toll recorded was paid by American Richard Halliburton in 1928, who paid 36 cents to swim the Canal.

7. The Panama Canal was expanded for bigger ships in 2016

The original canal locks are 110 feet (33 meters) wide and ten times as long. For a century, they accommodated shipping, and the term 'Panamax' ships was used to describe ships built to fit through the canal. But ships kept getting bigger, and in 2007, work began on a multi-billion dollar expansion of the Canal. In 2016, a third, wider lane of locks opened for commercial shipping, capable of handling 'Post-Panamax' ships that can carry 14,000 20-foot shipping containers (nearly 3 times Panamax ship capacity).
In spite of that giant leap forward in 2016, the world's largest container ships - that can carry 18,000 shipping containers – can't pass through the Panama Canal. 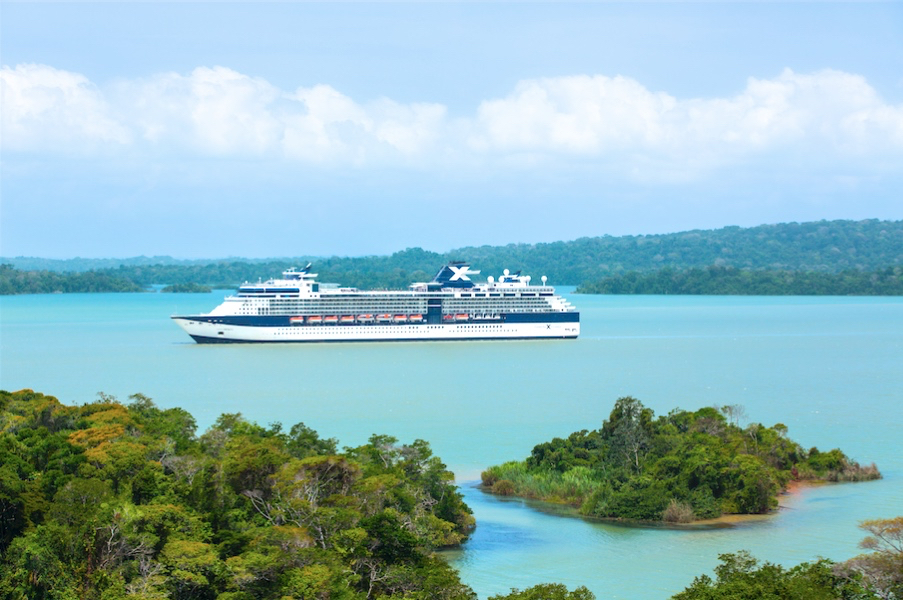 8. How you can visit the Panama Canal.

Many ocean cruise lines offer increasingly popular Panama Canal itineraries that sail through the canal in the approximately 8 hour passage to their next destination in the opposite ocean.
But you don't have to sail through the canal. If you're visiting Panama City, or taking a resort / beach vacation in Panama, you can take a land trip to see the canal in action.
The Miraflores Visitor Center is on the east side of the Miraflores Locks, which are close to the Pacific end of the Canal and Panama City. Like the canal, the Visitor Center is open daily. The Visitor Center has large balconies designed for you to get a great view as the lock gates are opened and closed for ships to start or complete their journey through the Panama Canal.
Engineering buffs and even children will be thrilled at the up-close-to-the-action perspective on this man-made Wonder of the World.